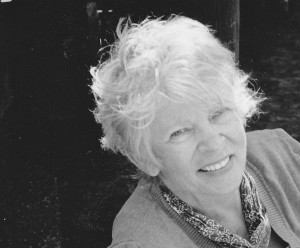 LLyn De Danaan is the author of Katie Gale: A Coast Salish Woman’s Life on Oyster Bay. She occasionally writes for roots music blogs and her own (www.llyndedanaan.com) and is a regular contributor to CHOICE, the academic library review magazine. She writes both non-fiction historical and anthropological essays and fiction. Her most well known and acclaimed short works are Conversations with the Inner Dog and Koans for the Inner Dog. She has been a research consultant for Washington Indian tribes since 1991. As a result of this work, she collaborated on several social studies curricula, produced in partnership with Indian educators and the Washington State Superintendent of Public Instruction’s office. She was a recipient of the Washington State Historical Society’s Peace and Friendship award in recognition of her role in fostering an understanding of Washington’s cultural diversity. Her field work experience includes ethnographic work with farm laborers in Yakima Valley, long term projects in Sarawak and Kelantan, Malaysia, and short term work in Thailand and Rajasthan, India. She collaborated in the documentation of Transylvanian winter ceremonials during a Fulbright fellowship in Romania 2006-2007. Her recent Mountain of Shell project focuses on the life and work of the Japanese and Japanese American community on Oyster Bay, Washington. An article based on this work appeared in the Winter 2012 Columbia Magazine. Her nonfiction book, Katie Gale: A Coast Salish Woman’s Life on Oyster Bay (University of Nebraska Press) was released October 1, 2013. De Danaan, aka Lynn Patterson, grew up in Ohio. She was a Peace Corps Volunteer in Sarawak, Malaysia, 1962-64. She worked for the Xenia Daily Gazette before attending Ohio State University where she graduated cum laude and was inducted into Phi Beta Kappa. She sings and plays guitar and clarinet and lives on Oyster Bay, Washington State. She is emeritus faculty of The Evergreen State College where she taught from its inception until 2001.